Sync status
Code Issues 0 Pull Requests 0 Attachments 0 Wiki 0 Insights
DevOps
Service
Join us
Explore and code with more than 5 million developers，Free private repositories ！：）
Sign up
Already have an account? Sign in
Back
This repository doesn't specify license. Without author's permission, this code is only for learning and cannot be used for other purposes.
The license selected for the repository is subject to the license used by the main branch of the repository.
Nothing here. spread retract
Clone or download
HTTPS SSH SVN SVN+SSH
Copy
Download ZIP
This operation requires login to the code cloud account. Please log in before operating.
Go to login
No account. Register

For future contributer and maintainers, please apply to the same rigorous examination and documentation style as we have established so far.

It is the only way for us to reach far.

If some bug is forcing you to do some hacking, workaround, or any kind of strange logic that is not immediately comprehensible, be sure to add clear explanation comments at obvious places nearby.

Every 'unpleasant surprise' encountered along the road is a big deal:

Either something is not working, or some designed feature is far less intuitive than what the designer thought it would be.

So make sure to do all the followings: 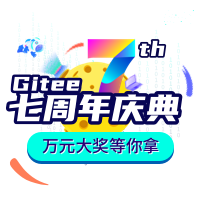