Existing GNN training frameworks such as DGL[1], PyG [2], GraphLearn [3], Euler [4], NeuGraph [5] and Roc [6] can be mostly characterized as GNN operator libraries to be plugged into existing deep learning systems. However, such a design has two fundamental limitations: (1) Existing GNN training frameworks use a whole-graph tensor-centric programming model, which is designed to implement GNN operators as plug-ins of a DL system, but this makes the actual implementation of a GNN model difficult to follow from the conceptual design of the model, especially when graph operations are involved; (2) Existing designs expose a trade-off between the generality of operators and performance optimization, e.g., some prefer generality and decompose GNN computations into graph propagation primitives and connect with other DL operators by materializing the intermediate tensors, which results in excessive memory consumption and massive data movements; while others provide fused kernels for commonly used operator combinations, but result in limited generality and sub-optimal performance.

In addition, for distributed GNN training, existing network communication strategies suffer from high overheads. Modern GPU servers (e.g., NVIDIA DGX systems) contain heterogeneous physical connections such as NVLink, PCIe, QPI, IB and Ethernet, and the bandwidth of the fastest link can be an order of magnitude larger than that of the slowest link. Existing methods usually use the direct links between workers and do not fully exploit the fast links. This results in network contention and load imbalance given the complex connections among GPUs in a modern GPU cluster.

To address the limitations of existing GNN training frameworks, proposals and contributions on the following aspects are welcome. A feasible design for the four aspects in the proposal is presented as follows. We first design a vertex-centric GNN programming model, which features a very simple API with idiomatic Python syntax. In contrast to the whole-graph tensor-centric model of existing GNN training frameworks, users only need to program the operation on a single vertex and how it interacts with its neighbors, instead of programming the operations on the whole graph. Users can access the vertex's own features and the features of its neighbors using Python's built-in ‘dot’ syntax. Aggregation of the neighbors' features can also be simply expressed using Python's list comprehension and aggregation. The API mainly consists of a function decorator and users implement the application logic in a decorated function, which is then transparently compiled by the GNN system and executed on each vertex in the input graph. There is a clear correspondence between the GNN algorithm (i.e., the GCN equation) and the vertex-centric implementation. The benefit is bi-directional: users can implement an algorithm easily and code readers can learn the algorithm by directly checking its implementation.

Next we present the code generation process, i.e., how our system compiles the vertex-centric program and uses it for GNN training. Different from most existing GNN training frameworks, our design decouples its implementation from the DL backend. The decoupling design is because merging with the DL backend would require many changes in its intermediate representation and code optimization process, which is a non-trivial task (for both merging and update maintenance), especially as our DL backend, i.e., MindSpore, is being actively upgraded.

Next we present the code generation process, i.e., how our system compiles the vertex-centric program and uses it for GNN training. Different from most existing GNN training frameworks, our design decouples its implementation from the DL backend. The decoupling design is because merging with the DL backend would require many changes in its intermediate representation and code optimization process, which is a non-trivial task (for both merging and update maintenance), especially as our DL backend, i.e., MindSpore, is being actively upgraded.

The architecture of our GNN training system is shown in the figure below, which shows the major system components and the overall code generation process. In the local environment, all operations conducted on each center vertex and its neighbors are traced and recorded using a graph-aware intermediate representation (GIR). We embed an automatic differentiation engine for GIR and the generated code will then be compiled and wrapped into a generic kernel executed by MindSpore. 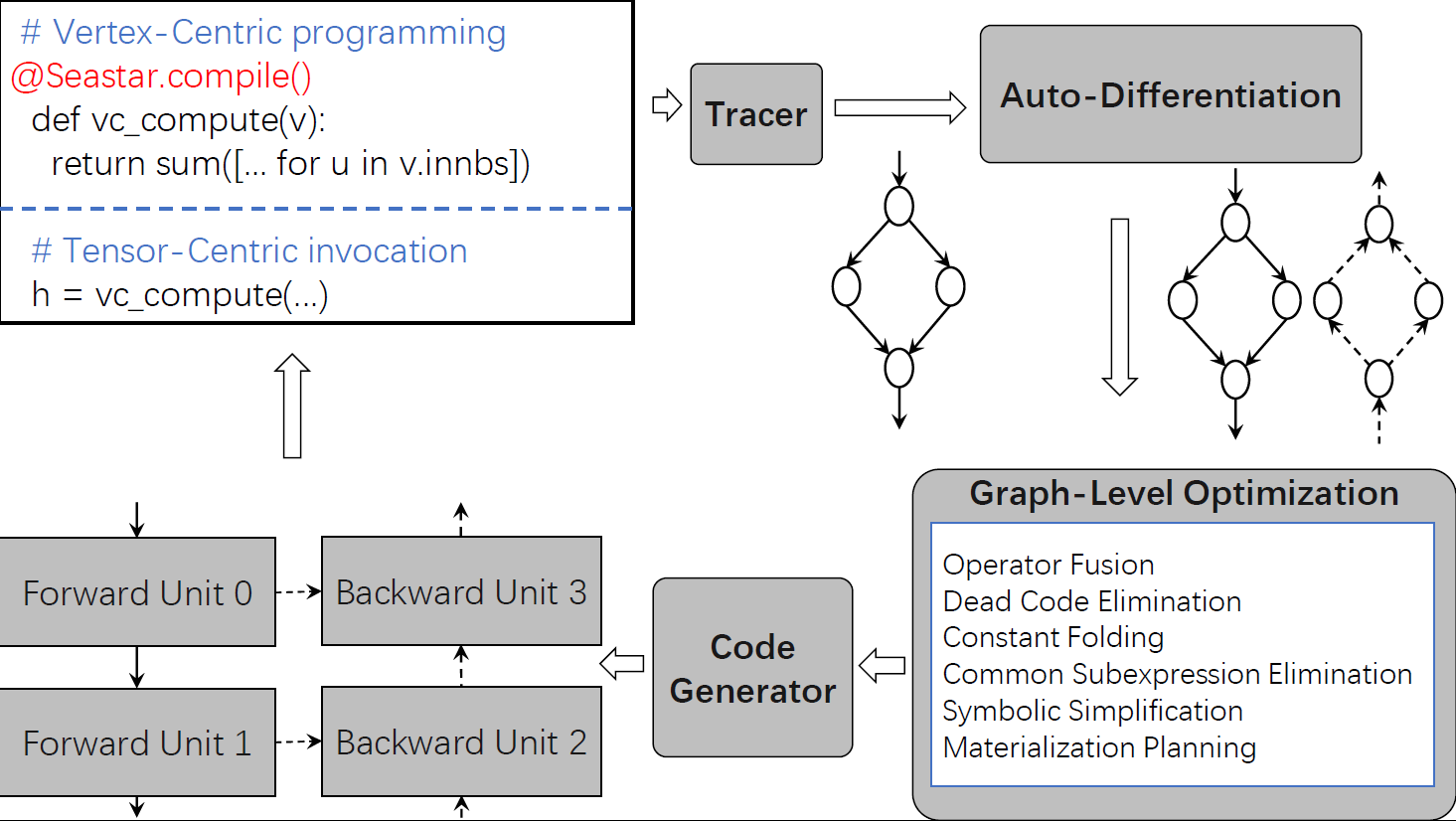 The computational graphs obtained from the tracer and auto-differentiation engine usually consist of redundant or useless computations and, most importantly, plenty of operator fusion opportunities that existing GNN training frameworks fail to exploit. We identify a common execution pattern in training both homogeneous and heterogeneous GNN models, and based on this pattern design a generic kernel generator to produce highly efficient fused kernels for both forward and backward passes. Operator fusion and kernel-level optimizations such as feature-adaptive thread mapping, locality-centric execution and dynamic load balancing are also designed. DGCL accepts an input graph and partitions the graph. The number of graph partitions is the same as the number of GPUs as each partition is assigned to one GPU. There are usually hierarchies in the communication topology, for example, intra-machine connections can be faster than inter-machine connections, and inside the same machine, GPUs on the same NUMA node may have faster connections than those on different NUMA nodes. In these cases, we use hierarchical graph partitioning to prioritize communication reduction on slow links.

Currently, the following components have been implemented:

Currently, the GNN system and DGCL have not been fully integrated into MindSpore, which is mainly due to the fast development pace of both our GNN system and MindSpore itself. This calls for the help from the MindSpore open-source community.

There are two possible alternatives:

Go
Report success
We will send you the feedback within 2 working days through the letter!
Please fill in the reason for the report carefully. Provide as detailed a description as possible.
Please select a report type
Cancel
Send
MindSpore community expand collapse
No labels
https://www.mindspore.cn/community
Python and 2 more languages
Python
96.9%
Dockerfile
3.1%
Apache-2.0
Use Apache-2.0
Cancel
No release 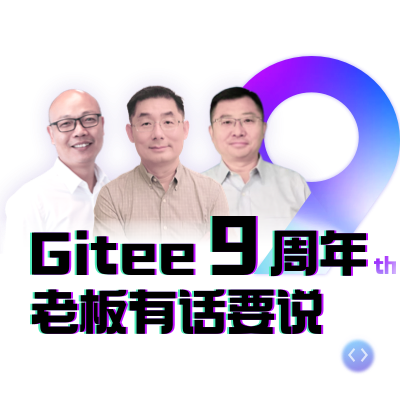