MindSpore is a new open source deep learning training/inference framework that could be used for mobile, edge and cloud scenarios. MindSpore is designed to provide development experience with friendly design and efficient execution for the data scientists and algorithmic engineers, native support for Ascend AI processor, and software hardware co-optimization. At the meantime MindSpore as a global AI open source community, aims to further advance the development and enrichment of the AI software/hardware application ecosystem. For more details please check out our Architecture Guide.

TensorFlow adopted static calculation diagrams in the early days, whereas PyTorch used dynamic calculation diagrams. Static maps can utilize static compilation technology to optimize network performance, however, building a network or debugging it is very complicated. The use of dynamic graphics is very convenient, but it is difficult to achieve extreme optimization in performance.

The implementation of MindSpore automatic differentiation can be understood as the symbolic differentiation of the program itself. Because MindSpore IR is a functional intermediate expression, it has an intuitive correspondence with the composite function in basic algebra. The derivation formula of the composite function composed of arbitrary basic functions can be derived. Each primitive operation in MindSpore IR can correspond to the basic functions in basic algebra, which can build more complex flow control. At present, MindSpore uses a fine-grained parallel strategy of splitting operators, that is, each operator in the figure is splitted into a cluster to complete parallel operations. The splitting strategy during this period may be very complicated, but as a developer advocating Pythonic, you don't need to care about the underlying implementation, as long as the top-level API compute is efficient.

For installation using pip, take CPU and Ubuntu-x86 build version as an example:

If you want to learn more about the building process of MindSpore docker images, please check out docker repo for the details.

See the Quick Start to implement the image classification. 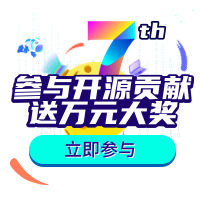