This action will force synchronization from ShirDon-廖显东/php-go, which will overwrite any changes that you have made since you forked the repository, and can not be recovered!!!

Synchronous operation will process in the background and will refresh the page when finishing processing. Please be patient.

Note: Building against PHP 5.x requires that the php5 tag is provided, i.e.:

This is due to the fact that PHP 7.x is the default build target.

[Binding Go values] as PHP variables is allowed for most base types, and PHP values returned from eval'd strings can be converted and used in Go contexts as interface{} values.

It is possible to [attach Go method receivers] as PHP classes, with full support for calling expored methods, as well as getting and setting embedded fields (for struct-type method receivers).

Be aware that, by default, PHP is not designed to be used in multithreaded environments (which severely restricts the use of these bindings with Goroutines) if not built with ZTS support. However, ZTS support has seen major refactoring between PHP 5 and PHP 7, and as such is currently unsupported by this package.

Currently, it is recommended to either sync use of seperate Contexts between Goroutines, or share a single Context among all running Goroutines.

These items will be tackled in order of significance (which may not be the order shown above).

Executing a script is simple:

The above will execute script file index.php located in the current folder and will write any output to the io.Writer assigned to Context.Output (in this case, the standard output).

The following example demonstrates binding a Go variable to the running PHP context, and returning a PHP variable for use in Go:

A string value "Hello" is attached using Context.Bind under a name var (available in PHP as $var). A script is executed inline using Context.Eval, combinding the attached value with a PHP string and returning it to the user.

Finally, the value is returned as an interface{} using Value.Interface() (one could also use Value.String(), though the both are equivalent in this case).

All code in this repository is covered by the terms of the MIT License, the full text of which can be found in the LICENSE file.

Unstar
0
Star
0
Fork
6
Report success
We will send you the feedback within 2 working days through the letter!
Please fill in the reason for the report carefully. Provide as detailed a description as possible.
Please select a report type
Cancel
Send
PHP绑定golang库,让您快速在go语言里调用php,欢迎star,fork~ spread retract
https://gitee.com/shirdonl/php-go.git
Go
MIT
Use MIT
Cancel
No release
load more
can not load any more
Go
1
https://gitee.com/tongjiekeji/php-go.git
git@gitee.com:tongjiekeji/php-go.git
tongjiekeji
php-go
php-go
master
Going to Help Center 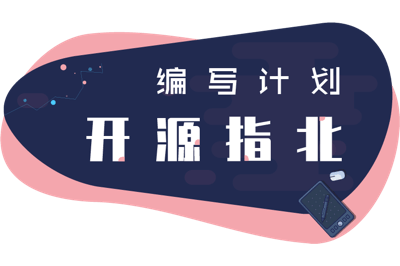