This is the LaTeX source for the textbook Methods of Algebra (in Chinese: 代数学方法), Volume 1, revised version (April 2022).

The PDF version and the errata are available on the author's web page. The contents in this revised version are "frozen": the spotted mistakes will be corrected in the next revision/edition.

It is hoped that these files will be of some help to those professors, students as well as amateurs who wish to write serious Chinese books in Mathematics or Physics without too much TeXnical trouble.

The files are to be compiled using XeLaTeX with the xeCJK package. The reader is assumed to work under the UN*X + bash environment.

The recipes below can be tweaked to work under Windows, but this is not recommended. The simplest solution is to go open-source.

We only need the standard packages and fonts, such as

Make sure that all the relevant packages/programs are installed. For reference, the author made the compilation using Arch-based Linux distributions with TeX Live 2018 and/or 2020; the packages biber and texlive-science are required.

Assume that Git has been installed on your computer. As a preparation for the compilation process, we will clone the files into ~/AlJabr-1 in our home directory. In command line, type

All the source files are encoded in UTF-8, which is the de facto standard for storing multilingual texts. If you encounter problems in opening the source files under Windows, try to re-configure your editor or convert the encoding manually.

Move to the directory

under bash, or more simply

Have a cup of coffee since this will take several minutes. The resulting PDF file should appear as Al-jabr-1.pdf in the same directory. Note that the main file is Al-jabr-1.tex.

To clean up everything in our directory except the PDF file, type

The book is written in the AJbook class (AJbook.cls). This is a general-purpose document class, based on XeLaTeX/xeCJK and the standard book class in LaTeX, whose aim is to produce Chinese books in Mathematics/Physics of professional quality. Its basic usage is illustrated in Template-AJbook.tex; type

to compile the template.

The fonts and other apppearances are customizable through several config files; please read the source files carefully for further details. The Template-AJbook.tex file follows the original configurations of the book.

The errata is produced from Errata-Al-jabr-1.tex, which is based on the really simple document class file AJerrata.cls. Apart from the standard fonts bundled with TeX, it also depends on Noto Serif CJK SC and Noto Sans CJK SC; you can install them from Noto CJK fonts.

To compile the errata, type

in the same directory.

The errata to the previous editions are named as Errata-Al-jabr-1-v0.tex, and so forth.

In case of problems of compilation, please kindly report to the author. Make sure that all the system requirements above are met, and provide detailed error messages. Other suggestions are also welcome.

The entire codebase is under CC BY 4.0.

Report success
We will send you the feedback within 2 working days through the letter!
Please fill in the reason for the report carefully. Provide as detailed a description as possible.
Please select a report type
Cancel
Send
Methods in Algebra (Volume 1): A Chinese textbook on Algebra expand collapse
No labels
/wen-wei-li/AlJabr-1
TeX and 2 more languages
TeX
99.9%
Makefile
0.1%
CC-BY-4.0
Use CC-BY-4.0
Cancel
No release
Load More
can not load any more
About
Homepage
1
https://gitee.com/wen-wei-li/AlJabr-1.git
git@gitee.com:wen-wei-li/AlJabr-1.git
wen-wei-li
AlJabr-1
AlJabr-1
master
Going to Help Center 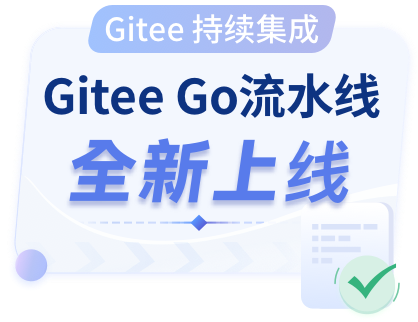