This package consists of the main genlouvain.m file which calls a number of subroutines implemented as mex functions. Source code for the mex files is included in the "MEX_SRC" directory. Pre-compiled executables for 64bit Mac, Windows, and Linux systems are included in the private directory. It also includes iterated_genlouvain.m which iteratively applies genlouvain on the output partition of the previous run with optional post-processing. Functions to compute modularity matrices and to post-process partitions are included in the "HelperFunctions" directory. The post-processing functions solve optimal assignment problems using code by Markus Buehren (included in the "Assignment" directory and available at https://uk.mathworks.com/matlabcentral/fileexchange/6543-functions-for-the-rectangular-assignment-problem/content/assignmentoptimal.m).

Make sure that the "GenLouvain" folder and all its subfolders are on the MATLAB path to ensure that all dependencies between functions are accessible.

If the mex executables for your system are not in the private directory, you will need to compile these files on your system by running the compile_mex.m script from the "MEX_SRC" directory (check the mex documentation in your MATLAB). If you would like to share these compiled files with other users, email them to Peter Mucha (mucha@unc.edu).

Version 2.1 removes quadratic bottlenecks that could become noticeable for very large networks (millions of nodes). The mex functions have also been optimized further.

Includes iterated_genlouvain which iteratively restarts genlouvain with the output partition of the previous run (with optional post-processing). Post-processing functions for ordered and unordered multilayer partitions that increase the value of the quality function without changing partitions on each layer are included in "HelperFunctions". "HelperFunctions" also includes functions that compute "persistence" for ordered and unordered multilayer networks.

More extensive documentation and example use of this code is provided online (http://netwiki.amath.unc.edu/GenLouvain) and in the individual functions (e.g., see doc('genlouvain') and doc('iterated_genlouvain')).

A special thank you to Stephen Reid, whose greedy.m code was the original version that has over time developed into the present code.

Thank you also to Dani Bassett, Jesse Blocher, Mason Porter and Simi Wang for inspiring improvements to the code.

The codes included in this directory are provided for broad use under a minor (last line) modification of the "FreeBSD License" (see License.txt)

The compile_mex.m script from the MEX_SRC directory creates OCTAVE .mex files when run from OCTAVE.

If you are trying to use this from the old 3.4.0 .app bundle version of OCTAVE for Mac, you will need to fix OCTAVE's build configuration first (or you may want to consider upgrading to a recent 3.8.x version where this seems to work out of the box): 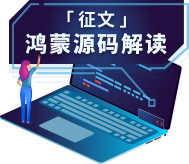